I have lived in Cornwall for 35 years, the last 30 of these in my present home. I can’t remember exactly when but it must have been around 1990 that this all began. I first became involved in the activities of the area through the Minions Area Heritage Project and soon became its honorary secretary until its eventual abolition around10 years later. In 1993 I was elected to St Cleer Parish Council. I served for 10 years until 2004, chairing for two between 2000 and 2002. 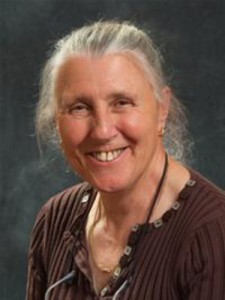 I try to attend the many varied activities and social events around the three parishes that I now represent, as this is a good way to meet people and learn how they feel on local issues.

My interests and areas of work have encompassed quite a wide range of activities. Health and particularly the health of older people has been an important aspect of the work I did.  Housing, because the right housing, in the right place accompanied by employment opportunities has such major impacts to health and well-being, and can generally improve the quality of life for all.

Because I love the area where I live and am interested in its history, the work around Caradon Hill and the World Heritage Site is also important.

My membership of the St Cleer Parish Projects Group, and the submission, as secretary, of funding bids to enable the work it did has made me well qualified to sit on the grants panels of some funding bodies and led to continuing involvement with the St Cleer General Cemetery.

I had thought for some time of standing for the District Council and the likelihood of a Unitary Authority for the whole of Cornwall, which I disagreed with, helped me decide to stand for Caradon District Council in 2007. I served the two years until its abolition in 2009. Since then I have served my division throughout the following 8 years. I intend to retire in 2017

I enjoy gardening when I have the opportunity and reading (when its something other than agendas) I have also been experimenting with tin smelting,without using any modern technology, trying to work out how it may have been done in the Bronze Age. See video here